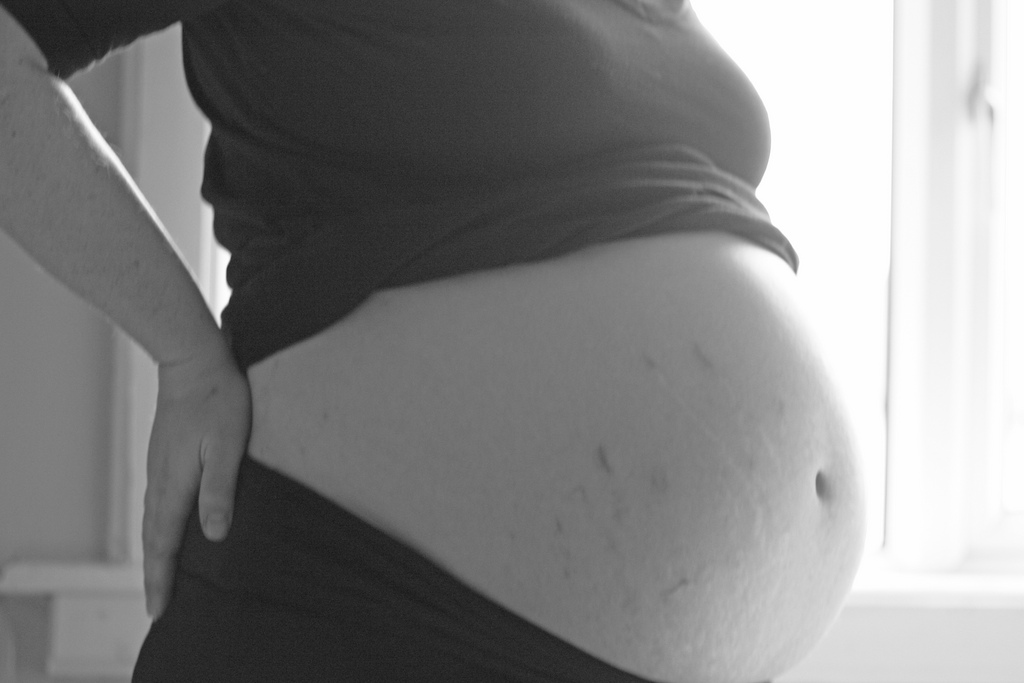 I praise you because I am fearfully and wonderfully made;
your works are wonderful,
I know that full well. (Psalm 139:14)

When I first noticed them I was mortified. What in the world was happening to my skin? It used to be so nice and smooth. Why were these crevices appearing? Did I do something wrong?

These were some of the first thoughts I had when I noticed stretch marks appearing on my legs as I went through puberty. Definitely exaggerated, as only teens can do. I hated having to wear only a swimsuit at the beach. What would others think? How could I cover up these monstrosities that made me look ugly? Most people looking at me would not even notice them, but to me it was a source of shame and embarrassment. My Mom said they were normal, stating that, “Some people just get them.” It wasn’t a big deal. She never had to deal with them. Those genes skipped her. She was one of the “lucky” ones, I thought.

Maybe this is not something you have ever had to deal with. But as I watch my expanding belly grow, I am very aware of the fear of so many mothers out there. They are elated over the thought of meeting their child for the first time, but can still have that nagging doubt in the back of their mind: “Will this baby ruin my body? Will I never look beautiful again?” In fear they buy lots of lotions and ointments, smearing them over their bellies, in an attempt to avoid the inevitable lines.

When Stephen and I found out we were expecting, I knew I’d get more lines added to my skin. Having already dealt with them as a teen, I was quite resigned to the fact. I didn’t bother with the lotions, as I knew it was just a genetic thing. You either get them or you don’t. I was determined that I wasn’t going to let it bother me. No, my belly wouldn’t look as nice pre-pregnancy, but I knew my husband would still love me despite my marks.

As many do during pregnancy, I started reading lots of books in order to prepare for our little one. One of those was the book “Expectant Parents” by Suzanne Hadley Gosselin. In it, Gosselin includes many stories of other parents and their experiences during pregnancy. As I read, I came across a short story by Emily Wagner entitled “My Pretty Lines.” In it she detailed how her two-year-old daughter noticed the lines on her belly and asked about them. She wrote,

In a matter of moments, my mind darted from feelings of shame to dread at having to answer…

She felt the same emotions I had felt. Embarrassment. Shame. Discomfort. But she quickly realized those emotions should not be what motivated her response. She spoke with the Lord, and she was reminded of the beauty inherent in His creation — in the beauty of new life. Her response surprised even her.

Those are the lines where Mama’s tummy stretched to make room for you and Sissy to grow there. Aren’t they beautiful?

Beautiful. I had never before associated stretch marks with beauty. But, they really are, aren’t they? What God does in our bodies to prepare for a new human life is beautiful. These lines are evidence of that beauty. The feelings that welled up in me were new. Confidence. Amazement. Strength. This child’s innocent question was not there to point out deficiencies. It was simple curiosity. Now she would grow up seeing those lines as something that made her mother beautiful. Those lines were a gift from God to remind her of the beauty of new human life.

I wondered to myself why we would rather see ugliness than beauty. Why has our culture taught us to look at stretch marks as something negative? They aren’t negative at all! They’re beautiful. They represent the beauty of a new life that God has formed within you. They are something to be proud of — not a source of shame. As I watch those lines increase on my growing belly I no longer see them as something to be resigned to. They no longer cause shame or embarrassment. Instead, I look at them with pride. God is doing something beautiful inside me, and these lines will forever remind me of that wonder.

Wagner’s daughter doesn’t always notice those lines anymore. But, when she does, she remarks,

I love your pretty lines, Mama.

6 thoughts on “Beauty in Lines”