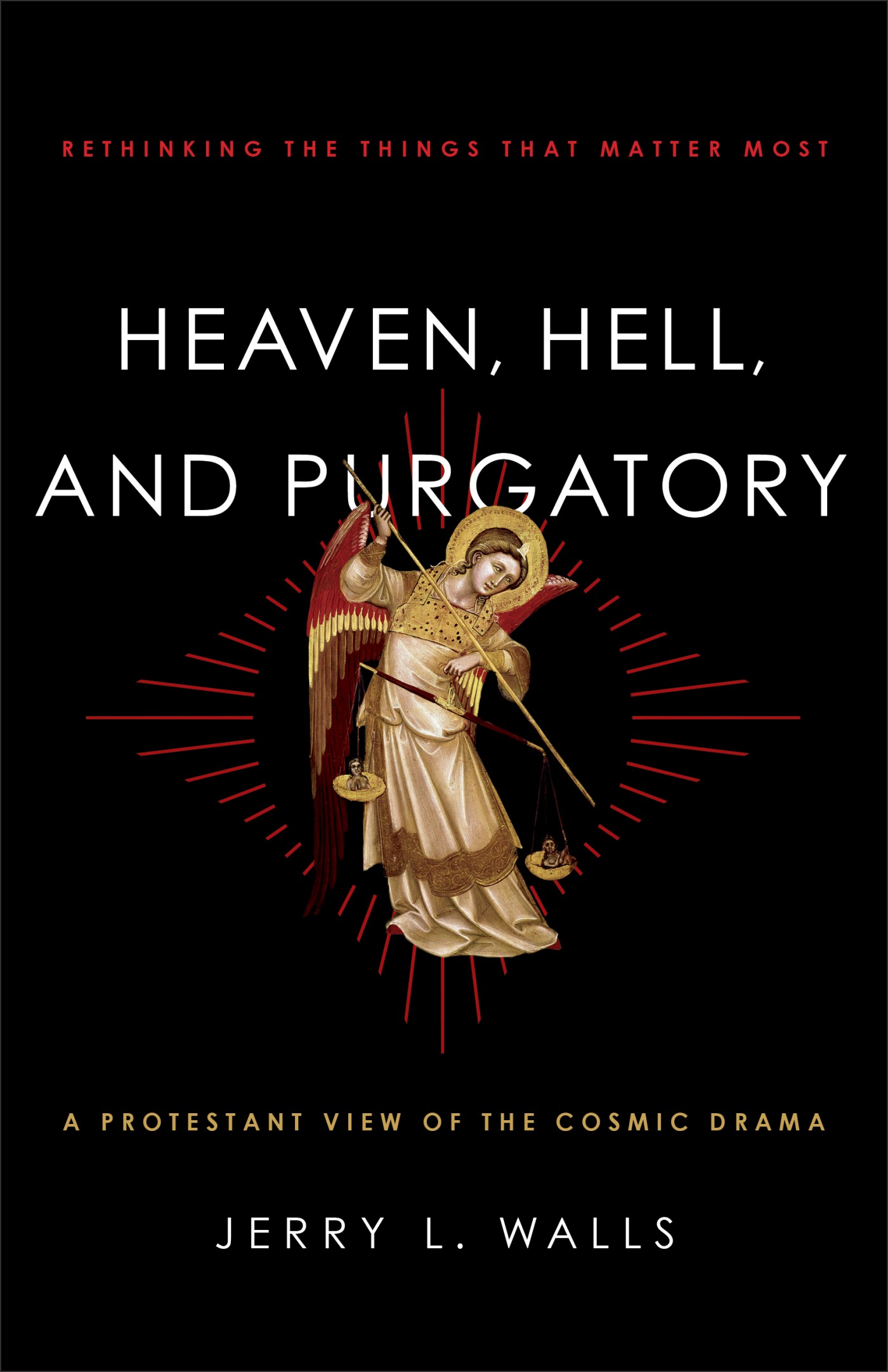 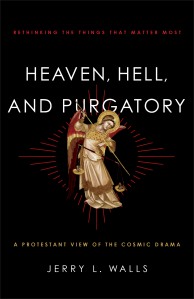 Interest in heaven, hell, and the afterlife have seen a dramatic increase in recent years. Myriads of books, movies, and articles have been published reporting both sensational experiences and profound skepticism. Yet what this resurgence has often lacked is sustained, thoughtful, theological reflection on these matters of extreme importance.

Jerry Walls’ Heaven, Hell, and Purgatory seeks to fill that void. Having written multiple scholarly works related to Christian doctrines of the afterlife, this volume communicates Walls’ central claims in a more accessible format. The book opens with an account of Heaven drawn from Revelation 20-22 and then seeks to tease out the logic of this vision as it relates to Hell, Purgatory, and a host of issues surrounding the afterlife (such as, ‘are souls saved with or without bodies?’ ‘Does the joy of heaven make up for suffering?’ and ‘How does heaven shape our moral life?’). Along the way, Walls explains his vision by appealing to the likes of Dante, Dorothy Sayers, and C.S. Lewis and then facing various Christian and secular objections to his position. His argument for a literal heaven and hell rests on the belief that humanity was created for relationship with God and that this relationship requires a free, autonomous choice by both parties. Heaven is both the end and goal of human life, since it is union and deep fellowship with the Triune God who made us in his image. Therefore heaven is a place of incredible joy and the perfect union of beauty, goodness, and truth. Since heaven is fundamentally relationship with God, to reject relationship with God is to reject heaven. According to Walls, true loving relationship requires a truly free response, which even God cannot override. Because of God’s respect for our creaturely freedom, Walls argues, hell is a logical side-effect of God’s desire to be in loving relationship with us. Both heaven and eternal hell exist as a result of God’s love for humanity.

Walls argument for purgatory functions somewhat differently. Instead of being based upon created human nature, purgatory is a logical consequence of the doctrine of salvation. Walls argues that because we need to be holy to stand before God and that none of us is perfectly holy in this life, the process of becoming perfectly holy (sanctification) must continue between death and our arrival in heaven. The rest of the book explains how his vision of heaven, hell, and purgatory makes sense in the face of various questions raised about the afterlife. Walls claims that each of his subsequent positions (body-soul dualism, post-mortem repentance, and heaven as the ground of morality) have precedent in the Christian tradition, even if they are not always the majority view.

Heaven, Hell, and Purgatory is strongest when speaking of heaven. It is here that his argument is most biblical and most persuasive. By connecting heaven to creation, Walls manages to both center human identity in union with God and provide external grounds for moral actions. In particular, I found his chapter on heaven as ethical motivation to be both challenging and thought-provoking.

However, I also have serious concerns with much of the book. While I do not disagree with every conclusion he makes (for instance, the existence of heaven and hell, and even the possibility of a ‘purgation’ after death), both the method and substance of his arguments were troubling. Walls is trained as a philosopher of religion, so his use of logical and philosophical arguments was not surprising. However, outside of his discussion of heaven, analytic logic seems to guide his arguments more than Scripture. This might make sense in section where he is dealing with secular challenges to Christian beliefs, but even when dealing with other Christian positions, Scripture rarely made a substantive appearance. For instance, in his 24-page chapter arguing that we should believe that God allows for repentance after death (post-mortem repentance), barely two pages deal directly with Scripture. As a Christian pastor who has to consider whether to recommend this book to my parishioners, this is a distinct weakness of the book. While I don’t deny that his methodology might be helpful in conversations with skeptics of Christian teaching, a lack of biblical engagement is a drawback as I think of my parishioners. Also as a Reformed pastor, Walls caricatures of the reformed tradition often left me puzzled and frustrated. A significant part of my dissatisfaction with the book is connected with some of the real theological differences between Reformed and Arminian theology.

In his book Love Wins, Rob Bell provocatively asked, “Does God get what God wants?” If God is all-powerful and all-loving and wants all to be saved, does God get what he wants or is his will thwarted by human disobedience? This fundamental question led Bell to hope for a post-mortem repentance that would eventually lead to the emptying of hell. Eventually, love wins. Where Bell answers the question, “Does God get what God wants?” with a definitive ‘yes,’ Walls answers this negatively. Because God respects our creaturely freedom, even though God wants us all to come to relationship with Him, if we resist, ultimately God does not get what he wants. His will is thwarted by human rebellion. For Walls, it seems, the important question is not ‘does God get what God wants?’, but ‘do we get what we want?’ Our will, not God’s, becomes the determining factor in salvation. In fact, according to Walls, God does not want there to be hell, but is powerless to do anything about it. In other words, our freedom is stronger than God’s will. Jesus doesn’t actually save people, he only potentially saves people. We, in fact, make the decision that determines salvation. Walls’ Arminian theology of salvation leads to a doctrine of hell where God is both passive and powerless. God simply cannot do anything about hell, but ‘do his best’ to encourage us to come to him.

While Bell and Walls come down on different sides on this question, they share a fundamental outlook on God and the human condition: God can be reduced to love and we know exhaustively all that God wants from his creation. In studying Bell’s Love Wins, one of my seminary professors suggested that we ask a different question. Instead of asking ‘Does God get what God wants?’ (or ‘Do we get what we want?’) we should ask ‘Do we know all that God wants?’ I suggest that we must answer ‘No.’ We know God’s will truly, but not exhaustively. God is neither powerless, passive, nor thwarted by human rebellion, and yet Scripture teaches that not all will be saved. I am not suggesting that there are no challenges in my position, but that Walls articulation of heaven, hell, and purgatory suggests that God is powerless in the face of human freedom and rebellion, which I find biblical and theologically problematic.

Heaven, Hell, and Purgatory serves as a thoughtful and sustained engagement with the Christian story of the afterlife. He addresses multiple common objections and presents an intriguing vision for grounding ethics in the doctrine of heaven. However, the book’s weaknesses outweigh its strengths. It’s lack of biblical engagement and his treatment of divine and human agency make it difficult for me to recommend without serious reservations.