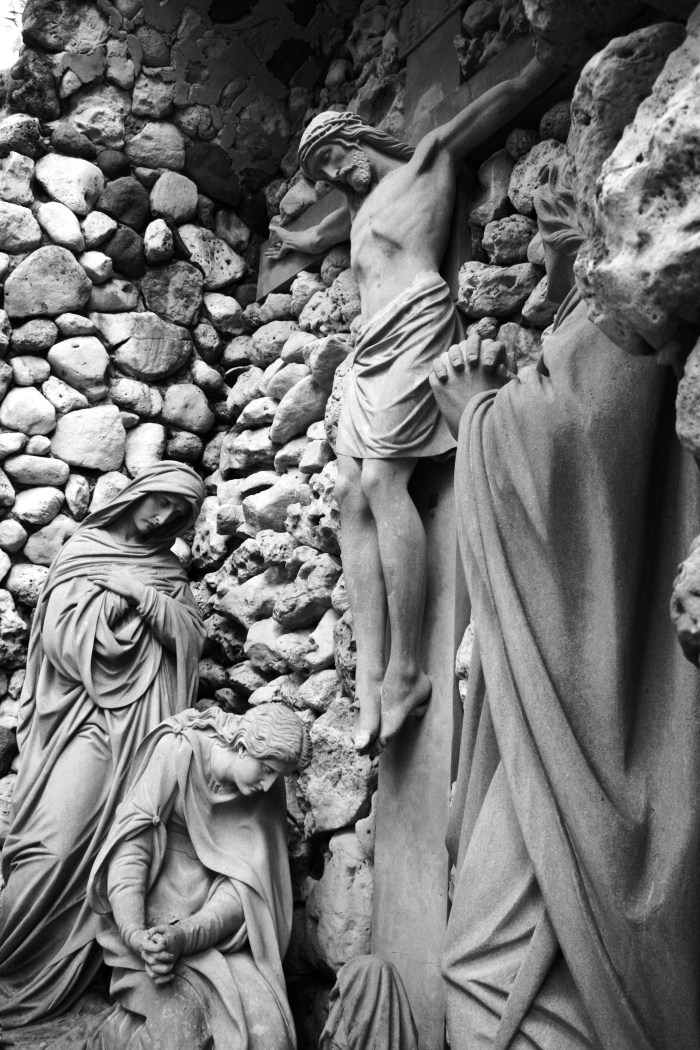 But the Lord said to Ananias, “Go! This man is my chosen instrument to carry my name before the Gentiles and their kings and before the people of Israel. I will show him how much he must suffer for my name.” (Acts 9:15-16)

Jesus never said it would be easy to follow him. He said things like, “Deny yourself,” “pick up your cross,” “those who want to save their lives will lose it,” and “if the world hates you, remember they hated me first.” But sanitized by the relative affirmation of the Christian faith in my culture, I easily turn this shocking words into metaphors.

“Deny yourself” means I can’t always get what I want.

“Pick up your cross” means I am called to make hard choices.

“losing my life to find it” means putting Jesus first.

“the world hating me” means I won’t always be popular for loving and following Jesus.

Jesus never said it would be easy to follow him, but what if his call to discipleship is much more radical than simply being unpopular or delaying gratification? What if being chosen by God actually means we are chosen to suffer as well? This was certainly the case for Saul (who would later be known as Paul). He was chosen for an incredibly important task within God’s kingdom, but election included the reality that he would suffer for the name of Jesus. For Paul, the words of Jesus were radically literal – Paul would die, he would lose his life, he would find the world hating him. He was beaten and left for dead. He was whipped, stoned, imprisoned, and eventually executed. He suffered much for the name of Christ.

I honestly do not want to suffer. I would rather not have to experience any of what Paul went through to proclaim the name of Jesus. Even more, I would not wish my family and friends to have to suffer much for the name of Christ. Even though that is my wish, I should not be surprised when faithfulness to Christ leads to suffering. I should not be surprised that if I follow God’s ways it won’t be easy. He never said it would be. It certainly wasn’t for Jesus. Perhaps the most shocking aspect of the suffering of the early church and the continuing suffering of the modern martyrs is that they were not surprised and they did not despair. Sure, some abandoned the faith in the face of suffering, but many did not. They did not relish their suffering; they were not masochists, but witnesses to Jesus Christ. And the joy of Christ was greater than their suffering. Paul himself would put it this way:

I consider that our present sufferings are not worth comparing with the glory that will be revealed in us. (Romans 8:18)

The followers of Christ follow in his footsteps. They walk where Jesus walked by the power of the Holy Spirit. The road Jesus took as God’s chosen – as His Son – was treacherous, painful, and included rejection and death. The road we walk as children of God will look similar. Yet, Jesus’ road ended in resurrection, life, and everlasting joy. And for those of us who belong to Christ, our road ends the same way.

This is how I like to sleep. Not. #howisthiscomfortable
Enjoying time outside (pic 1), before going back to ❄️ (pic2). #rcamission2020
Supper with the Canadians. 😊 #rcamission2020
Just for giggles: Joanna fell asleep after church and missed lunch. When she woke up, I asked if she was hungry and wanted to eat lunch. Her response: “Chocolate letter?” Then, “Cookie?” Lastly, “Fruit snack?” #sweettooth #joanna_grace
Once kids reach the puzzle making stage, they’re so easily entertained. #joanna_grace
Love this little girl. 💕 #joanna_grace