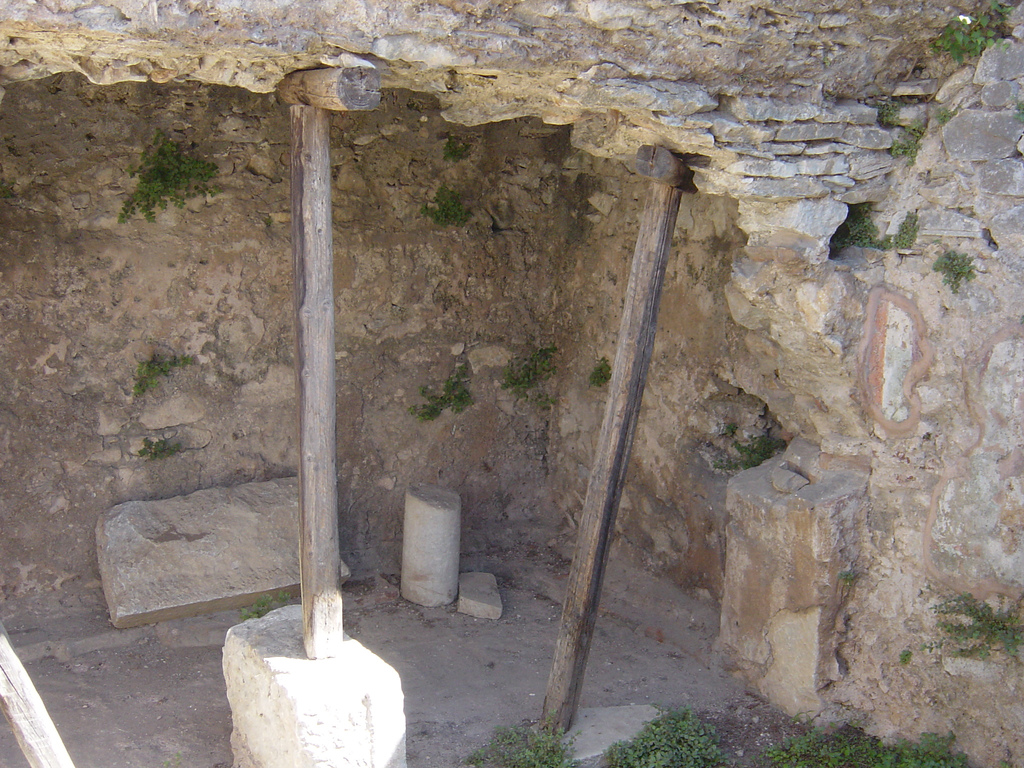 About midnight Paul and Silas were praying and singing hymns to God, and the other prisoners were listening to them. – Acts 16:25

Paul and Silas have found themselves in quite a conundrum. They spent the last several days being followed around by a young girl who had a spirit in her. She kept shouting about their status as servants of the Most High God and that they came to tell how people could be saved. Paul initially tolerated the girl, perhaps because what she said was true, but eventually the constant shouting caused him to become annoyed and he ordered the spirit, “In the name of Jesus Christ I command you to come out of her!” The spirit immediately left her, as did the girl’s owners’ hope of making money off of her “gift.” Furious, the owners have Paul and Silas stripped, beaten, and thrown into prison. Bound by chains they sit in the darkness of the inner cell.

Try putting yourself in their shoes. You’ve faithfully been preaching to people about Jesus and the salvation He brings. You’ve freed a slave girl from the torment of a spirit. You’ve been stripped naked, beaten with rods, and now sit chained up in prison. You’d probably think Paul and Silas had every right to feel sorry for themselves and sit their in despair. However, they respond quite differently. They remember God’s word in the psalms:

In the night, Lord, I remember your name,    that I may keep your law.

Rather than sorrowing their situation, Paul and Silas pray and sing hymns to God at midnight, just as the psalmist taught them. They remained faithful to God’s word. They didn’t doubt God or His plans, but rather put their hope and trust in God’s word. I wonder if they prayed and sang parts of the Hallel…

Return to your rest, my soul,

for the Lord has been good to you.

For you, Lord, have delivered me from death,

my eyes from tears,

my feet from stumbling,
that I may walk before the Lord

in the land of the living.

I trusted in the Lord when I said,

In Acts 16:16 we read that Paul and Silas were going to the place of prayer. Now again, we find them in prayer. In every situation they go to God in prayer. They keep the faith. They trust in God. They hope in the coming of their Saviour.

Where are you today? How does God’s Word speak into your situation? How is God calling you to pray?