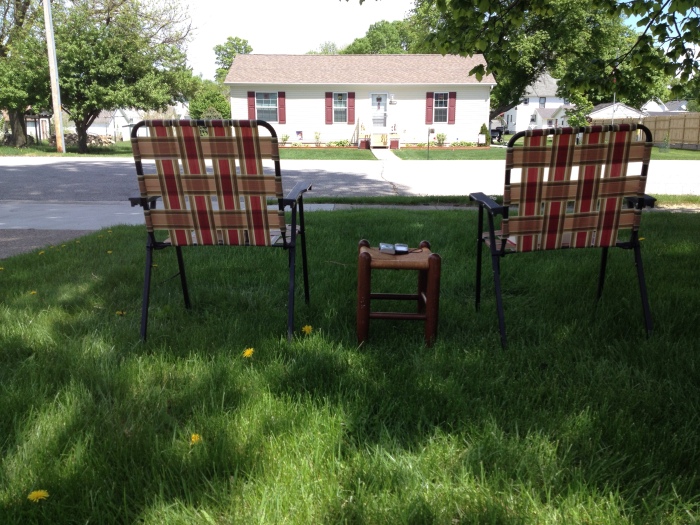 Chairs on the front lawn

Summer time is reading time in the Shaffer household. For most of the last decade, the majority of my reading has taken place in school, between September and May. Now that I have graduated and moved into a full-time pastoral call, my schedule has shifted. I now read most between May and September. When the sun comes out and the grass gets green, my wife and I spend relaxing afternoons sitting in lawn chairs with a good book.

I have always been drawn to science fiction and fantasy novels in particular. My first foray into the genre came when reading the Hobbit and Watership Down at the age of seven. I then devoured the Lord of the Rings trilogy, the Chronicles of Narnia, and Madeleine L’Engle’s Wrinkle in Time series. I grew into the Redwall books, Harry Potter, and the Wheel of Time. The likes of Robert Jordan, Brandon Sanderson, Terry Goodkind, and J.K. Rowling were friendly companions through high school, college, and now into my adult life.

I love fantasy novels for the beautiful and mysterious worlds they invite me to inhabit. I love them for the epic scale of the drama – the very future of the world is at stake. And I love them for the characters in which I invest, whom I cherish, and ultimately in whom I see a little bit of myself (check out this compelling article on the importance and universal appeal of ‘genre’ fiction). While the majority of fantasy novels are not intentional or explicit allegories of the Christian story, I believe there are still characteristics of the fantasy genre that tell a larger story of how our culture sees itself and our role in the story of creation. Fantasy literature can be a window into our culture’s engagement with and re-appropriation of the Christian story.

In almost every contemporary fantasy novel, there is a ‘chosen’ character. THE elect, if I may switch to theological language. Harry Potter. Rand Al’Thor. Richard Cypher – take your pick. They enter a world unknowingly on the brink of disaster and the subject of a long-foretold prophecy that their actions could help save the world. They are usually endowed with incredible innate talent and luck. They are the best of the best as far as genetics, talent, etc. – even if they are usually untrained and amateurish in relationship to their opponents. In fact, it is often their lineage that is used to explain their chosen status. This ‘messianic figure’ drives the plot of the story and ultimately helps save the world from destruction.

While the plot line is basic in its shape, it has untold variations that keep me coming back for more. However, recently I have been struggling with how to identify my place in these stories. I have always wanted to identify with the main character, the hero in the story, but recently that has begun to feel hollow. While the ‘born in the line of so-and-so’ concept is reminiscent of Jesus, most of these modern fantasy messiahs look more like the Übermensch than like the suffering servant. I am not endowed with untold cosmic power. I am not the most powerful, most influential, most intelligent, or ‘most’ of pretty much anything. And while Jesus “was in the very nature God” and had all the power of the creator the cosmos in his hands, “he made himself nothing” (Philippians 2).

As I try to map my identifying with the super-saviors of contemporary fantasy novels (and super-hero comics) onto my own place in the world, I began to notice the disconnect. I am not the savior of the world, but I desperately want to be. We want to be great, to be talented, to know that our life matters for something bigger than just making widgets. So we immerse ourselves in large, sweeping (fictional) stories of significance and try to find our place. And we identify and long to be the hero because we fear that in our own lives, we are not truly ‘super,’ but, in fact, quite ordinary. The current trend of fantasy literature to bigger, stronger, and more ‘powerful’ heroes, I believe, says something about our larger culture’s fear of our own insignificance. And where does the world have a place for ordinary people? How can my life have real significance if I’m not the messiah?

We can be Hobbits. 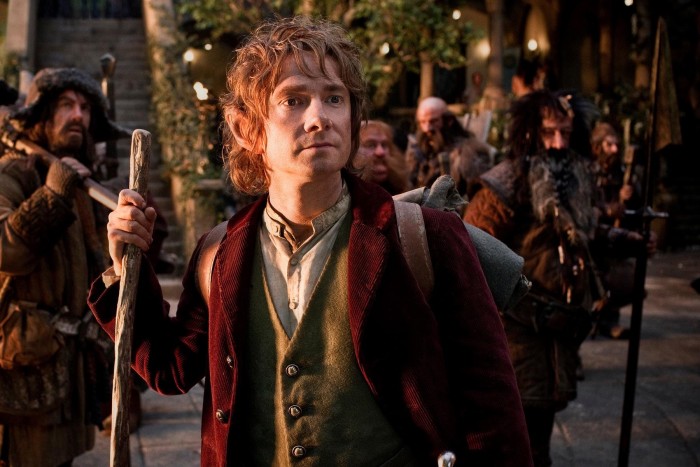 From the movie version of The Hobbit

One of the fascinating contrasts between J.R.R. Tolkein’s The Lord of the Rings and contemporary fantasy literature is precisely his notion of the ‘chosen one.’ For Tolkein, the fantasy genre doesn’t serve as an escape from the duldrums of the ‘real world,’ but instead serves to illuminate the world for the beautiful, dangerous, and mystifying place that it is. We find ourselves stepping into the middle of an ongoing story, some parts of the world and its drama come into focus as the story moves forward, others remain shrouded.

The Lord of the Rings does not present a larger-than-life chosen one. It gives us Hobbits. Halflings – short creatures with hairy feet who never go on adventures. And yet they find themselves caught up in a grand story and are given a place in it. What struck me as I was reflecting on the notion of election in the more contemporary novels is that election remains mysterious in Middle Earth. Or maybe, it is better to say that it is both extensive and surprising. There is no clearly prophesied savior coming in power. Instead, every character in the fellowship has a role, every one is chosen. The weak, the small, the ‘unimportant’ as well as the strong. In fact, it is a Hobbit, Frodo Baggins, who is chosen for the most dangerous and important task of all. Election is surprising and extensive. While there is something Jesus-like about the election of the Hobbits and their foray into Mordor, they are not messianic in the way other fantasy heroes have become. They are so ordinary and yet have been caught up in a story of significance, a story much larger than themselves, and yet a story that somehow includes their acts of courage and sacrifice.

Having gone on this grand adventure, the four Hobbits return to the Shire, but everything looks different. They are different. They return to the world they had known, but they can no longer live as if nothing has happened. That is election in the more Christian sense of the word – that is being chosen. Jesus Christ is the only savior, but the Christian community is also chosen. We are chosen, not to save, but to join in a grand adventure, a story of significance, that turns ordinary lives into something meaningful. We are called like Hobbits, ordinary people who don’t go on adventures, but are called into a life, a story, bigger than we could imagine. And we can never look at the world the same, because we are never the same.

As soon as I finish writing, I will curl up again with The Words of Radiance by Brandon Sanderson (which I am thoroughly enjoying). I will imaginatively enter a world of wonder and magic. But I will also continue living like a Hobbit, like a disciple of Jesus, caught up in this grand story of redemption in which I am not the center, but in which I have been given a role and given significance. I don’t need to find myself in the saviors of the novels I read, because I have already been found by the only true Savior. Instead, I can find myself in the Hobbits, called out of the Shire into adventure.

What types of novels do you find compelling? How do these novels speak to your place in the world?

In what ways are you like a Hobbit? Where have you felt God calling you out of the ordinary into something larger?

One thought on “We Are All Hobbits”